Blog
You are here: Home1 / Blog2 / Articles3 / What’s so special about the million-dollar mark? 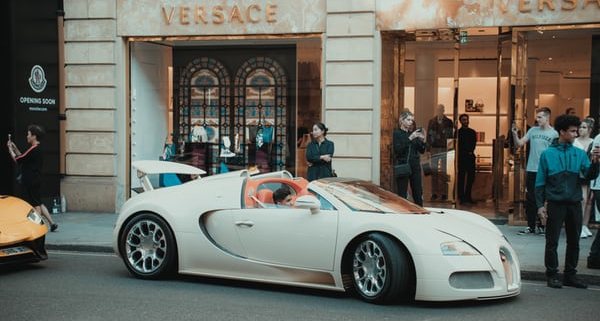 If you’re wondering when is the right time to sell your business, you may want to wait until your company is generating $1 million in earnings before interest, taxes, depreciation, and amortization (EBITDA).

The million-dollar mark is a tipping point at which the number of buyers interested in acquiring your business goes up dramatically. The more interested buyers you have, the better multiple of earnings you will command.

Since businesses are often valued on a multiple of earnings, getting to a million in profits means you’re not only getting a higher multiple but also applying your multiple to a higher number.

For example, according to our research at ValueBuilderSystem.com, a company with $200,000 in EBITDA might be lucky to fetch three times EBITDA, or $600,000. A company with a million dollars in EBITDA would likely command at least five times that figure, or $5 million. So the company with $1 million in EBITDA is five times bigger than the $200,000 company, but almost 10 times more valuable.

There are a number of reasons that offer multiples go up with company size, including:

I first learned about the 5-20 rule from a friend of mine named Todd Taskey who runs an M&A firm in the Washington, D.C. area. He discovered that, in many of the deals he does, the acquiring company is between 5 and 20 times the size of the target company. I’ve since noticed the 5-20 rule in many situations and I believe that more often than not, your natural acquirer will indeed be between 5 and 20 times the size of your business.

If an acquiring business is less than 5 times your size, it is a bet-the-company decision for the acquirer: If the acquisition fails, it will likely kill the acquiring company.

Likewise, if the acquirer is more than 20 times the size of your business, the acquirer will not enjoy a meaningful lift to its revenue by buying you. Most big, mature companies aspire for 10 to 20 percent top-line revenue growth at a minimum. If they can get 5 percent of organic growth, they will try to acquire another 5 percent through acquisition, which means they need to look for a company with enough girth to move the needle.

Private Equity Groups (PEGs) make up a large chunk of the acquirers in the mid market. The value of your company will move up considerably if you’re able to get a few PEGs interested in buying your business. But most PEGs are looking for companies with at least $1 million in EBITDA. The million-dollar cut-off is somewhat arbitrary, but very common. As with homebuyers who narrow their house search to houses that fit within a price range, or colleges that look for a minimum SAT score, if you don’t fit the minimum criteria, you may not be considered.

If you’re close to a million dollars in EBITDA and getting antsy to sell, you may want to hold off until your profits eclipse the million-dollar threshold, because the universe of buyers—and the multiple those buyers are willing to offer—jumps nicely once you reach seven figures.

The Hidden Goal of the Smartest Business Owners

6 Reasons Not To Diversify
Scroll to top