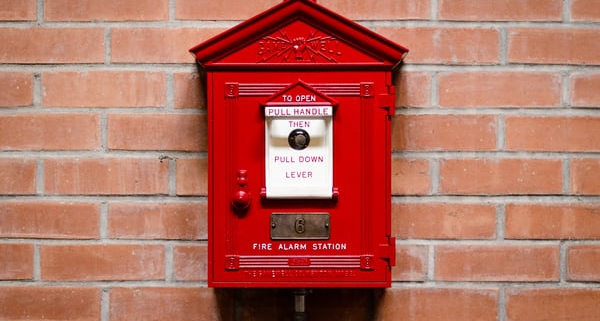 Why are Amazon, Apple and many of the most promising Silicon Valley start-ups leveraging a subscription business model?

Subscribers not only provide steady revenue; they make your company more valuable in the eyes of an acquirer. In a traditional business, customers buy your product or service once and may or may not choose to buy again; but in a subscription business, you have “automatic” customers who have agreed to purchase from you on an ongoing basis.

There are at least nine subscription models that can be leveraged by businesses ranging from service companies to market research firms to manufacturing concerns.

The most common methodology used to value a small to midsize business is discounted cash flow. This methodology forecasts your future stream of profits and then discounts it back to what your future profit is worth to an investor in today’s dollars, given the time value of money. This investment theory may sound like MBA talk, but discounted cash flow valuation is something you have likely applied in your personal life without knowing it. For example, what would you pay today for an investment that you hope will be worth $100 one year from now? You would likely “discount” the $100 by your expectation for a return on investment. If you expect to earn a 7 percent return on your money each year, you’d pay $93.46 ($100 divided by 1.07) today for an investment you expect to be worth $100 in 12 months.

Using the discounted cash flow valuation methodology, the more profit the acquirer expects your company to make in the future—and the more reliable your estimates—the more your company is worth. Therefore, to improve the value of a traditional business, the two most important levers you have are: 1) how much profit you expect to make in the future; and 2) the reliability of those estimates.

At ValueBuilderSystem.com, one can see the effect of this valuation methodology. Since 2012, this methodology has been used to track the offers received by business owners who have completed the Value Builder questionnaire. During that time, the average business with at least $3 million in revenue has been offered 4.6 times its pretax profit. Therefore, a traditional business churning out 10 percent of pretax profit on $5 million in revenue can reasonably expect to be worth around $2,300,000 ($5,000,000 x 10 percent x 4.6).

Then compare the value of a traditional company with the value of a subscription business. When an acquirer looks at a healthy subscription company, she sees an annuity stream of revenue throwing off years of profit into the future. This predictable stream of future profit means she is willing to pay a significant premium over what she would pay for a traditional company. How much of a premium depends on the industry, and some of the biggest premiums today go to companies in the software industry.

To understand what is going on in the valuation of subscription-based software companies, look at Dmitry Buterin. Buterin runs a subscription software company called Wild Apricot. He has also formed one of the world’s first mastermind groups of small and midsize subscription company founders, and each month the group meets to discuss strategies for running a subscription business.

Members of the group were constantly raising money or being courted by investors, so the topic of valuation came up a lot in their conversations. Buterin found that the consensus valuation range being offered to member companies was between 24 and 60 times monthly recurring revenue (MRR), which is equivalent to two to five times annual recurring revenue (ARR).

One way to validate Buterin’s numbers is to check with another guru from the world of subscription-based software companies. Zane Tarence is a partner with Birmingham, Alabama-based Founders Investment Banking, a company that specializes in selling software companies that use the subscription business model. Tarence estimates the valuation ranges he sees as belonging in one of three buckets:

24-48 x MRR (2-4 x ARR)
These are typically very small software companies with less than $5 million in recurring annual revenue. Companies in this first bucket are usually growing modestly, with subscription cancellation rates (i.e., “churn”) in the area of 2-4 percent per month.

48-72 x MRR (4-6 x ARR)
These are larger software companies with recurring revenue of at least $5 million annually, which they are growing at the rate of 25-50 percent per year. Their net churn is typically below 1.5 percent per month.

72-96 x MRR (6-8 x ARR)
These are the rare, fast-growth software companies that are growing more than 50 percent per year, with at least $5 million in annual revenue and net churn below 1 percent per month. These companies usually offer a solution (typically an industry-specific one) that their customers need to use to get their jobs done.

The software business is an extreme example of the benefits of subscription revenue, but no matter what industry you’re in, your company will likely command a premium if it enjoys recurring revenue.

From Alarm Systems to Prescriptions to Mosquitoes

For example, security businesses that monitor alarm systems and charge a recurring monthly monitoring fee to do so are worth about twice as much as security businesses that just do system installations. Retail pharmacies with a large pool of prescriptions for drugs that people take every day, like Lipitor and Lozol, command a premium over a traditional retailer because customers re-up their pills on a regular basis, creating a recurring revenue stream for the pharmacist.

Even tiny companies are worth more if they have subscription revenue. When my colleagues over at the Value Builder Score analyzed very small businesses with less than $500,000 in sales, they found that the average offer these small businesses attract is 2.6 times pretax profit.

Compare that to the average Mosquito Squad franchise. Mosquito Squad is a Richmond, Virginia-based company that offers to keep bugs off your patio by spraying your backyard regularly with a proprietary chemical recipe approved by the Environmental Protection Agency. Mosquito Squad franchisees target affluent home owners with an average home value north of $500,000 who entertain in their backyard and don’t want to be bothered by mosquitoes. Mosquito Squad operates on a subscription basis. You subscribe to a season of spraying, which includes 8 to 12 sprays, depending on how buggy it is where you live.

Mosquito Squad is a franchise business, and the impact of its recurring revenue model on its valuation is remarkable. According to Scott Zide, the president of Mosquito Squad’s parent company, Outdoor Living Brands, Mosquito Squad franchises that changed hands over the most recent five-year period had revenue of $463,223 and sold for 3.7 times their pretax profit. That’s a 42 percent premium over the traditional value of a company with less than $500,000 in sales, and it’s because Mosquito Squad operates on a recurring subscription model and 73 percent of its annual spraying contracts renew each year.

Whether you plan to build a subscription-based software application or the simplest personal services business, having recurring revenue will boost the value of your most important asset.

How much goodwill do you have in your business?

3 Surprising Reasons To Offer A Subscription
Scroll to top