Blog
You are here: Home1 / Blog2 / Articles3 / Protecting Against the End Run 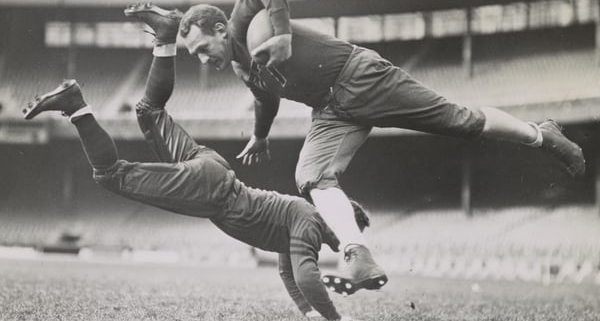 A football defensive coordinator needs to protect against an “end run,” a tactical play where your opponent sends the running back wide around the offensive line to try to evade the oncoming tackle.

Just like in football, you have to defend against an end run coming from a supplier that chooses to go around you to get to your customers. The more of your supply you get from a single provider, the more vulnerable you are to that supplier deciding they don’t need you and instead deciding to go straight to your customers.

Let’s take TheAmazeApp as a case in point. Sebastian Johnston co-founded TheAmazeApp in 2014. The idea was simple. Social media influencers could upload a picture of what they were wearing (i.e., a “look”) and tag the items on TheAmazeApp’s database of e-commerce wholesalers. Then, when one of the influencer’s social media followers liked their look and wanted to purchase one or more of the items the influencer was wearing, TheAmazeApp would receive a commission, 20% of which was shared with the influencer.

The app was a huge success on the outside, but there was a flaw in their model that held back their valuation.

For the model to work, influencers needed to be able to tag whatever they were wearing, so TheAmazeApp needed to get a comprehensive catalog of hundreds of thousands of the latest fashion items. That meant that TheAmazeApp relied on the data feed of five e-commerce wholesalers who uploaded their data to TheAmazeApp.

TheAmazeApp was increasingly becoming dependent on Zalando, one of their five data suppliers. Zalando is one of Europe’s largest fashion wholesalers and controlled around 70% of TheAmazeApp’s inventory.

The more TheAmazeApp relied on Zalando’s data, the less leverage they had when it came time to sell. Johnston approached all five of his data providers to buy his business, and two expressed interest in buying TheAmazeApp. This buoyed Johnston’s spirits because he knew multiple bidders would give him some leverage with acquirers.

As the process dragged on, one of the two acquirers dropped out, deciding to set up a competitive app—doing an end run—and leaving only Zalando left. Given Zalando knew they controlled 70% of TheAmazeApp’s inventory and that a comprehensive selection was key to their business model, Zalando knew they were in the driver’s seat.

Johnston also knew that if he pushed Zalando too hard, he risked Zalando also doing an end run around TheAmazeApp and setting up their own competing service.

In the end, Zalando acquired TheAmazeApp for between two to three times revenue, which was a relatively modest multiple given the traffic the app was generating just eight months after being funded by an accelerator.

Why the Future of Your Business Is Critical to Its Value