Blog
You are here: Home1 / Blog2 / Acquisition3 / CAUTION: DO NOT POKE THE GIANT 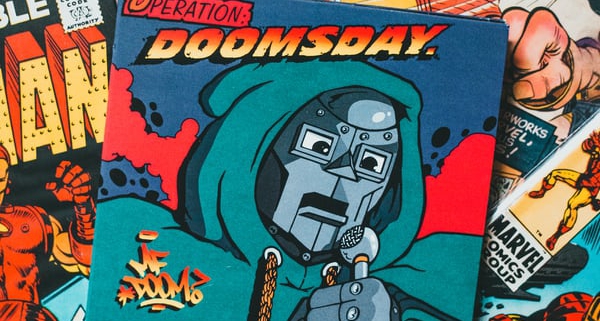 On June 1, 2011, both Floyd’s Coffee Shops in Portland, Oregon were busier than usual. The regulars were elbowed out of the way by new customers visiting the store for the first time to redeem their coupon and get $10 worth of coffee for $3.

This tempting offer was made because Floyd’s had been picked as the first-ever Google Offers “deal.” Google Offers is the company’s first baby step into the world of “social buying” style promotions where a special, limited time offer is made by a business hoping that the deal will spread virally and thereby introduce a new legion of customers to their business.

Google, of course, did not invent the deal-of-the-day category; they were goaded into it after their generous $6 billion dollar offer to buy Groupon was turned down.

Now Groupon is starting to feel the pinch after thumbing their nose at one of the world’s most valuable companies. According to compete.com, Groupon’s traffic went from 33.7 million unique visitors in June 2011 to just 18.3 million unique visitors in January 2012. That’s a drop of almost half inside less than a year. Not surprisingly, Groupon’s stock is also down around 25% since its IPO last year.

The moral of the story is to be careful not to over-play your hand when being approached by someone who wants to buy your company. Acquirers usually have deep pockets and, while you may think your business is unique, never underestimate the resolve of a big company with lots of cash.

They do have an alternative to buying you: they can simply compete with you.

Typically when they make the decision to walk away from the negotiation table they do not leave empty-handed. They come away with new-found insight on how you run your business, what works, and what flops; so they have an enormous head start to launch a competitive company.

And it doesn’t just happen in Silicon Valley. Take a hypothetical example of a home security company generating $500,000 per year in profit (before tax) installing and monitoring home alarms. One day a big alarm company comes along and says they want to buy the business and they’re willing to pay four times pre tax profit. The alarm company owner turns up his nose and demands six times earnings.

Now the suitor has a choice. They can try and negotiate with the owner, but that would undermine the economics of the model they’ve used to buy hundreds of similar alarm companies across the country, or they can simply hire someone to start an office to compete with him.

Let’s say they pick door number two and hire a young, aggressive manager. They guarantee her $200,000 a year in the first 12 months on the job while she is building her business. You have not only lost the opportunity to sell your business; you’re now competing against a young, motivated rival with a parent company who has an extra $1,800,000 ($2,000,000 withdrawn offer minus the $200,000/ year salary for their manager) that they didn’t use to buy you and they’re putting it towards helping your new competitor build her business.

Want to join the discussion?
Feel free to contribute!

7 Things to do Before Signing a Letter of Intent